Till now we have used static way to run our application ie. user need to type as per the options to run application. But now we will create GUI applications in which user can run application more easily just by performing clicks.

Lists of Some Available GUI Libraries in Python

Lists of Some Basic Widgets in Tkinter

There are total of 17 widgets in Tkinter. Some commonly used widgets are given below:

We will learn about these widgets in detail in our next topics. We also learn how to develop desktop application in next tutorial. 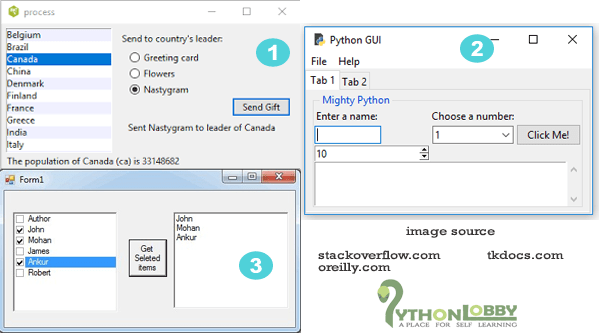 We will create these types of GUI Applications in our next tutorials.