We all know a child class can inherit the properties of parent class including class methods. In some cases, the methods inherited from parent class are not sufficient. So, in that case we re-implement those methods in child class. The process of modifying or adding more features to already defined method is called Polymorphism in python.

Types of Polymorphism in Python Programming

Hence, we used same plus(+) operator for different purposes. One for mathematical addition and second for string concatenation.

(iii). Method Overriding (in inbuilt – functions): There are some inbuilt methods of python that are used or satisfy the rule of method overriding. We are talking about len() method.

So, we easily observe that len() method is working fine with all of our above data type. But it returning different output for different entity.

Diagram to elaborate the len() function in detail 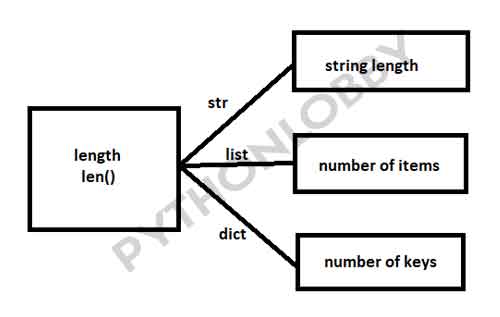