Types of Functions in Python Programming 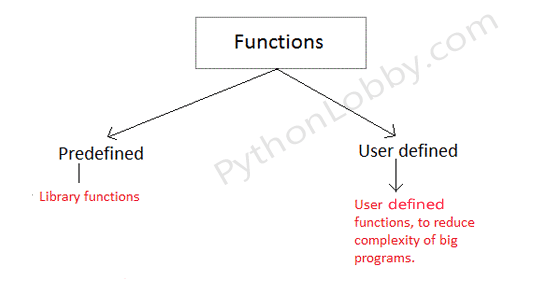 Types of Functions in Python: There are two types of functions available in python. These are:

The functions defined by a programmer to reduce the complexity of big problems and to use that function according to their need. This type of functions is called user-defined functions.

Note: User-defined functions are used commonly when we build large projects or applications in our upcoming articles. It is good practice to define functions for larger problems so that our code will remain combined.